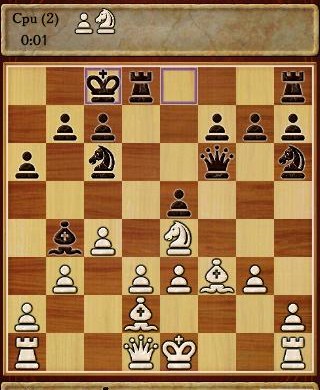 How Math, Chess, and Music Are Connected

The connections between math and music extends to chess, which relates to both subjects and can help students hone their critical thinking skills and pattern recognition abilities. Mathematicians and chess players alike can greatly benefit from learning to play music. Music not only encourages students to develop discipline, but it expands the mind by creating new connections in the brain, enabling us to think both more creatively and more logically, which is an incredible benefit for mathematicians and chess players.

The mathematics of music has been studied since ancient times and is still studied by scientists and mathematicians today. The cadence and pattern of the notes, as well as how sound is produced and travels, are some of the most clearly mathematical areas of musical studies, but virtually every aspect of tone, resonance, and melody can be described mathematically. Just as music naturally appeals to those who love math, it also should have a special place for chess players.

Chess, too, is a highly mathematical game. The calculations involved consist of both literal calculations and strategic ones. With every move, we decrease the number of possible ways in which the game will play out, and still seemingly uncountable possibilities still remain. The counting of these options is a task that has long-interested mathematicians, just as the possible outcomes for a piece of music we begin to play have their own fascination.

As in chess and mathematics, in music we learn step-by-step, building on what we have learned before. At the same time, we must always challenge ourselves to leave our comfort zone. More than a game, chess challenges us to recognize patterns and create strategies to solve our problems. We must think ahead to the next move, the same way we always have that next note in mind when we write and play music.

The game of chess is one that anyone can quickly learn to play, yet it takes years of practice to be able to play well. Like mathematics and music, chess requires its students to practice and dedicate themselves to studying its intricacies. Even the best players can be beaten by their opponents, or even back themselves into a corner. Just as a complicated math formula or chess set-up can make us feel overwhelmed and discouraged if we try to solve it before we are prepared, sheet music can appear difficult to the inexperienced learner. Part of the fun of chess, as in math and music, is learning from your mistakes and seeing yourself ‘s progress.

At the beginning of their studies, music students are made to practice short pieces over and over again. This is vital to teaching them basic information and educating them about the music they will play. Learning the scale, for example, is a basic activity for young children and beginning learners, but it forms the foundation for all their future knowledge. This is true for math as well; Einstein (a great lover of music, especially the violin) could not have developed his great theories if he had not learned his numbers and basic arithmetic as a child. However clever students may be, they must be willing to learn and review the basics first. This often requires patience and can lead to frustration, something that chess players know all about.

Chess games between serious players can last for hours. Each move may be carefully considered and planned in advance as much as possible. Players must be patient not only with their opponent but with themselves. In this way, chess players will find they have a lot in common with musicians, and these skills can help them as they learn to play music for themselves. It can take a long time to learn to play a piece of music correctly, but in the end it is worth the effort.

Music can help chess players improve their game as well as satisfy their thirst for logic and strategies. Good musicians will appreciate not only the emotional and cultural beauty of a piece, but they will appreciate the beauty of the planning, logic, and math that hides within every composition. Chess players often love the game because of this beauty, and by learning to play music they will be able to appreciate it in a new way.

Recent scientific studies have begun to lend strong supporting evidence to the long-held belief that music can improve our performance in other areas. It has been shown to stimulate the growth of new neurons in the brain. Our minds create new, unexpected pathways that help us recognize previously unexpected links even as we learn and practice other connections. By practicing our music repeatedly, we solidify these connections and improve our memory and thinking abilities.

Chess players, mathematicians, and scientists can all benefit from music’s ability to forge new mental paths and improve our thinking. Studying and playing music can make it seem to reach out to us in unexpected ways. Many mathematicians have found both stress relief and inspiration in music. Chess players will find that it benefits their strategic thinking abilities and, perhaps more importantly, helps them think outside of the box.

This is because, just as with complicated mathematics, sometimes logic and seemingly straightforward numbers can take an unexpected turn during chess. Both music and math have an unexpected depth that grows with the more knowledge we accumulate. Similarly, chess is a game during which we may suddenly receive a flash of inspiration that previously did not come to us even with careful thought. Of course, the moment that we unexpectedly notice something new on the board or are better able to visualize the outcome of our moves is really built on all the knowledge we have previously worked so hard for.

Music takes advantage of precision and creativity, which are both necessary for mathematicians and chess players to become truly great at their tasks. The beautiful sounds of music can elicit love, sadness, passion, or anger. Some of the greatest and most moving compositions are inspired by emotion, yet they still require a mathematically formula that is often invisible to us. To move beyond the confines of memorization in math and in chess, we have to learn how the formulas and strategies we learn can be applied in practice. This requires creativity, flexibility, and willingness to experience that is encouraged by the study of music.

Mathematicians, chess players, and musicians can benefit from the study of one another’s subjects. It is no surprise that a student of one is often a student of the other two as well. All allow students to develop excellent work habits and challenge their minds. Whenever we challenge ourselves, we change ourselves for the better. Music teaches reason and passion, logic and creativity. It is the perfect subject for anyone who wants to expand their mind, improve their brain power, and become part of the greatest aspects of human culture.

Why You May Want to Play Piano